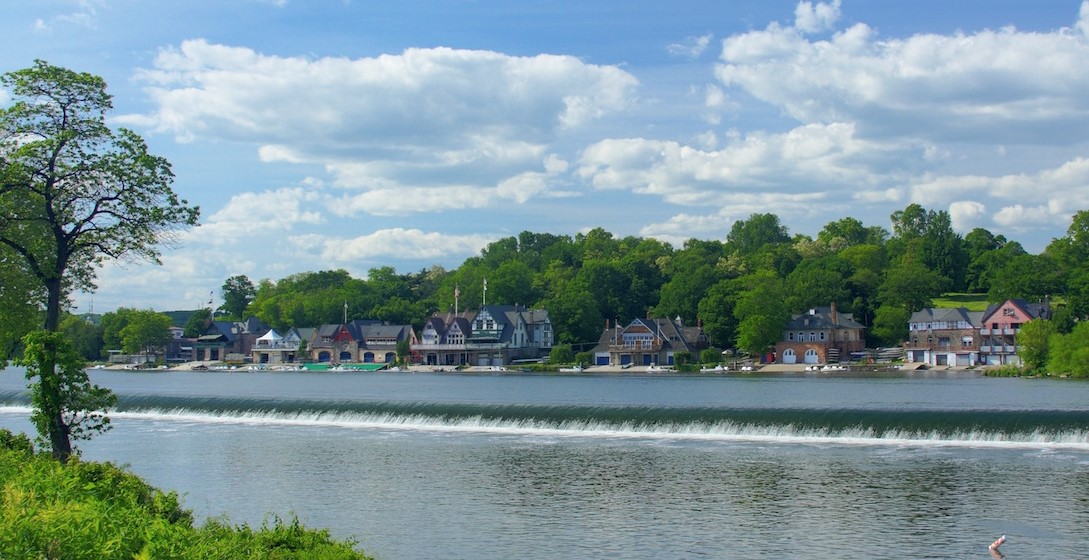 PHILADELPHIA – October 1, 2015 – Comcast Business today announced that it has recently completed a network investment to bring its full portfolio of Internet, Voice and TV services to Boathouse Row, one of the most iconic landmarks in Philadelphia. These services, combined with the addition of Business WiFi, have already helped to attract more patrons and create new revenue opportunities for this beloved local attraction.

Located on the east bank of Philadelphia’s Schuylkill River, Boathouse Row is the site of the historic buildings that house 11 local rowing clubs. Listed on the National Register of Historic Places, Boathouse Row is identified as one of the most iconic images of Philadelphia – second only to the Liberty Bell. Due to both their historical architecture and the fact that the buildings are located nearly a quarter mile away from the nearest major intersection, bringing network services to Boathouse Row was a challenge that seemed too daunting for most communications providers in greater Philadelphia.

Founded in 1858, the Schuylkill Navy of Philadelphia is the oldest amateur athletic governing body in the United States. An all-volunteer organization, the Navy oversees the activity of Boathouse Row, advocates for the member clubs and the rowing community, and partners with the City and local organizations to provide greater access to rowing for the larger community.

“Our members will row in the mornings or the afternoons, but they also like the convenience of being in the boathouse before or after a row catching up on email or conducting business. In today’s society, you need to connect to WiFi. Our community expects it. We knew we had to improve our communications infrastructure so that people could have the communications options they require, without needing to leave to find Internet access elsewhere,” said Paul Horvat, Commodore of the Philadelphia Schuylkill Navy. “Comcast Business made a substantial investment to bring its Internet, voice and WiFi services to the houses along Boathouse Row – without altering any of our historical buildings or the idyllic landscape – to allow us to finally enter the 21st century.”

As a result of Comcast’s investment, nearly all of the buildings along Boathouse Row now have Comcast Business Internet, which provides the ability to live-stream training videos and other content online. In addition to providing faster Internet access, the service is used by clubs to support video surveillance systems. Most Boathouse Row clubs are also utilizing Comcast Business Voice, which will help ensure that new membership inquiries or event opportunities are addressed promptly. Additionally, Comcast Business TV allows members to watch various channels, which helps keep them onsite longer.

One of the most beneficial services being utilized by Boathouse Row is Comcast Business WiFi, which provides Internet access from anywhere within the buildings. Also, the addition of several outdoor XFINITY WiFi hotspots allows Internet access in exterior areas surrounding the houses.

“Boathouse Row is able to see more daytime use, with people staying in the club and using the facilities more for professional meetings, which would never have happened if Comcast hadn’t proactively built out its network to reach us,” continued Horvat. “It’s incredibly rewarding to see these buildings getting used in the way they were intended to be used – for the enjoyment of the local community – when they were first built so many years ago.”

“In today’s increasingly mobile society, people make decisions about where they eat, sleep and play based on whether that establishment has Internet access, which was why we made it such a priority to build out our advanced network to reach the buildings of Boathouse Row,” said David Dombroski, vice president for Comcast Business, Freedom Region. “The local community can now enjoy the history and serenity of this historical establishment alongside the technological benefits right at their fingertips.”

Comcast Cable is the nation’s largest video, high-speed Internet and phone provider to residential customers under the XFINITY brand and also provides these services to businesses.  Comcast has invested in technology to build an advanced network that delivers among the fastest broadband speeds, and brings customers personalized video, communications and home management offerings.  Comcast Corporation (Nasdaq: CMCSA, CMCSK) is a global media and technology company.  Visit www.comcastcorporation.com for more information.

Comcast announced today that it now offers the fastest internet speeds over WiFi across New Jersey, as it begins to introduce Gigabit service to customers in … END_OF_DOCUMENT_TOKEN_TO_BE_REPLACED

Comcast Business today announced it has established a partnership with Philadelphia-based organization REC Philly, in which Comcast Business has provided 25 … END_OF_DOCUMENT_TOKEN_TO_BE_REPLACED

Comcast is committed to supporting veterans and the broader military community – both inside the company and out. One example is our Veterans Network Employee … END_OF_DOCUMENT_TOKEN_TO_BE_REPLACED