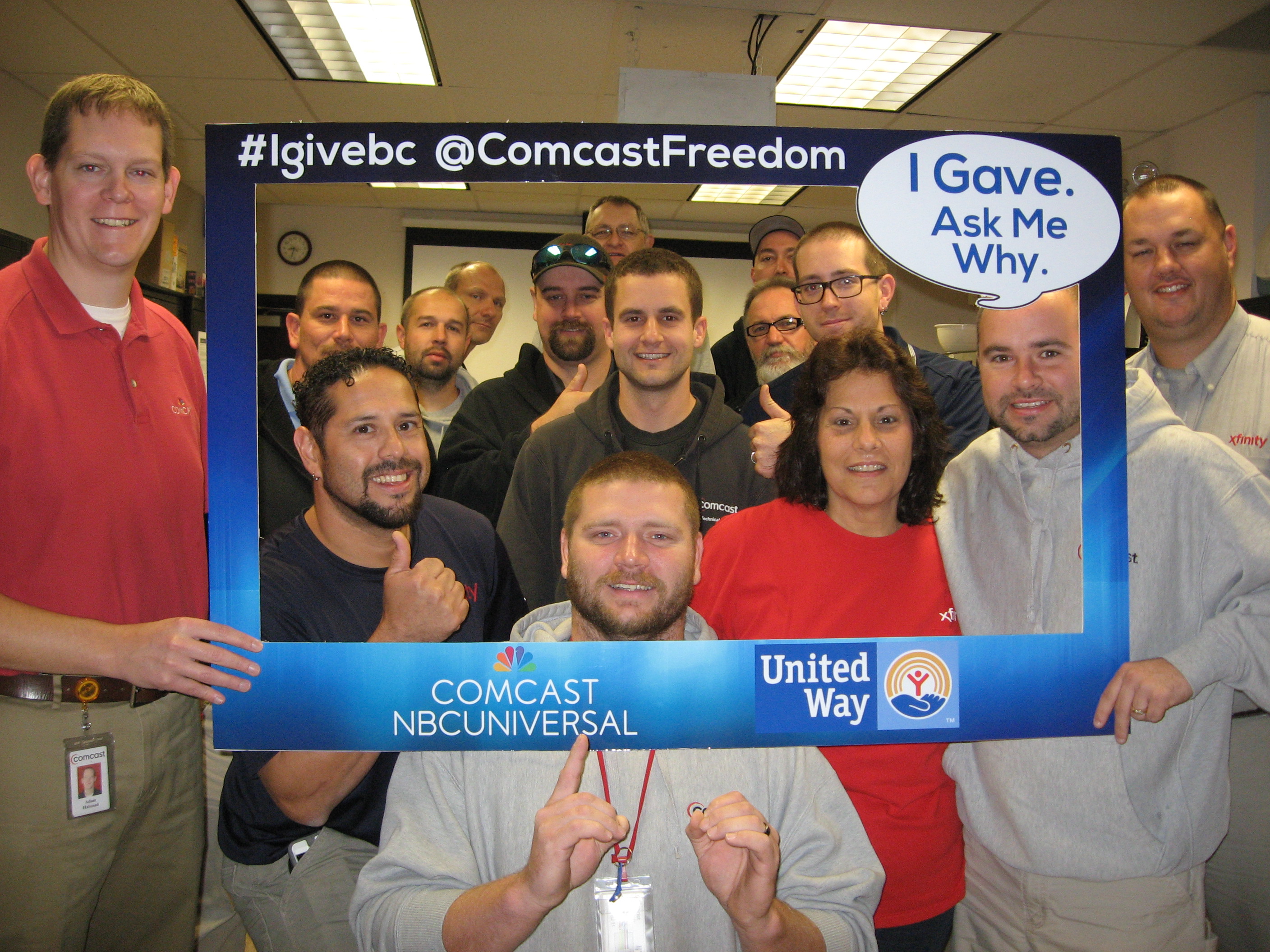 United Way is one of more than 400 community organizations in the Greater Philadelphia region supported by Comcast, a clear demonstration of the company’s strong commitment to our City and surrounding counties. But before Comcast became Philadelphia’s only Fortune 50 Company and developed a great roster of impactful local partnerships, United Way was the first nonprofit that the company supported. Ralph Roberts, Comcast’s founder, personally chose our organization as Comcast’s first community partner, shortly after starting the company in 1963.

United Way works to inspire and unite the power of individuals, the business community, and the public and nonprofit sectors around common goals to drive real impact in our neighborhoods, our communities, and our region.  With the help of businesses like Comcast, we’re able to respond to the needs of our community while addressing root causes of key issues on the national and local levels.

Nationally, Comcast hosts an annual giving campaign that encourages employees to make financial contributions to United Way.  Since 2001, the campaign has donated more than $67 million in total support to United Way from Comcast NBCUniversal employees and the Comcast Foundation, with $7 million pledged by Comcast employees this year alone and an incredibly generous corporate gift from the Comcast Foundation of $488,000.

Final results are still being tallied, but in addition to providing the leadership to run the regional campaign, Comcast NBCUniversal employees from headquarters and Freedom Region raised more than $1.7 million during the effort, which includes a 25 percent increase in giving to our Impact Fund to improve Education, Financial Stability, Health and Basic Needs for our most vulnerable neighbors.

In addition, a local team from NBCUniversal produced a series of four public service announcements to help us raise awareness during the campaign. These compelling ‘success stories’ ran more than 53,000 times on local broadcast stations for a media value of $811,750.

All of these contributions help us change lives and strengthen communities – one child, one adult, and one family at a time by paving the way for more high school graduates; empowering working adults to earn more and save more; creating healthier communities for children, adults and seniors; and helping our neighbors meet their most basic needs.

United Way will always be proud to be Comcast’s first community partner, and we are even more proud to continue that partnership and witness the impact that Comcast makes on our community as whole. Though the company has grown, it has never forgotten United Way and the organizations doing meaningful work in the communities it serves.

Comcast announced today that it now offers the fastest internet speeds over WiFi across New Jersey, as it begins to introduce Gigabit service to customers in … END_OF_DOCUMENT_TOKEN_TO_BE_REPLACED

Comcast Business today announced it has established a partnership with Philadelphia-based organization REC Philly, in which Comcast Business has provided 25 … END_OF_DOCUMENT_TOKEN_TO_BE_REPLACED

Comcast is committed to supporting veterans and the broader military community – both inside the company and out. One example is our Veterans Network Employee … END_OF_DOCUMENT_TOKEN_TO_BE_REPLACED